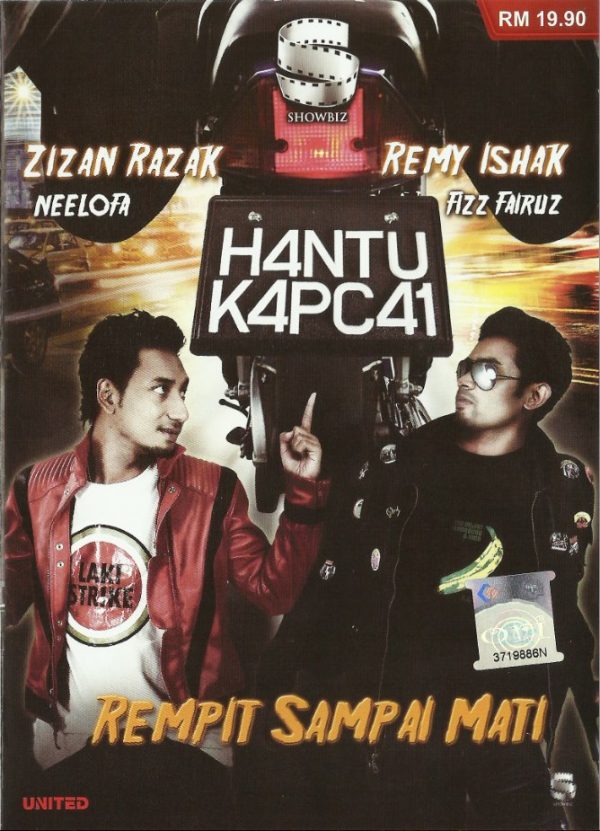 Hantu Kapcai is about a dispatch who gets killed in an illegal race. Ajib lives with his mother, Mak Ros, and younger brother, Akim. He owes money to the loan shark. Worried and pressured, he agrees to join an illegal race after being challenged by his rival, Tiger, and his gang, Numero Tiger. Ajib ends up getting killed in the race but when he wakes up, he sees a dead body of himself lying in the middle of the living room. Conflict arises when the loan shark and Tiger come to the house and threaten Mak Ros and Akim as Ajib owes them money before he dies. Ajib sees this and realizes his family is in danger. He resorts to Ibrahim for help, as he is the only one who can see him. Akim joins a legal race organized by YB Mansur with the hope to clear Ajib’s debts.

Will Akim succeed in winning the race and clear Ajib’s debts?